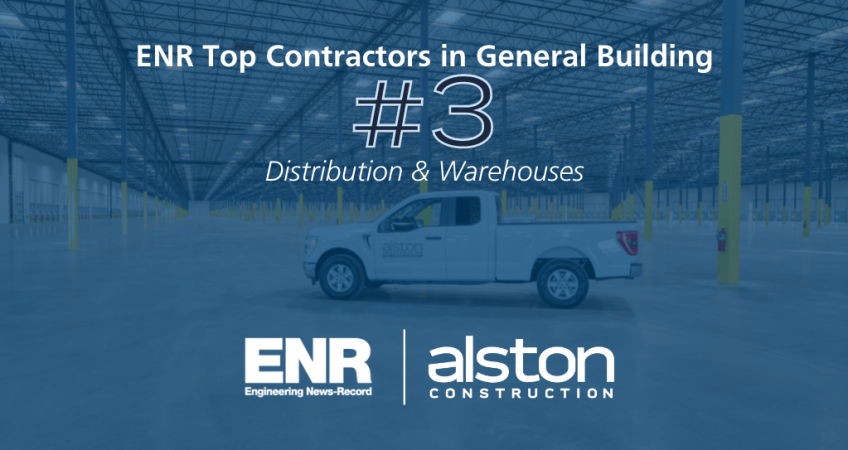 Posted by Alston Construction In News

According to Engineering News-Record (ENR)’s recently released Top Contractors Sourcebook lists, Alston Construction has been ranked 3rd out of the Top 25 Distribution and Warehouse Builders and 22nd out of 50 for the Top Contractors in General Building. These rankings are based on revenue reported in the Top Contractors list previously announced. Revenue for the Top 400 firms increased in 2021, rising to a record $421 billion, up 1.49% over 2020. Of the firms that filed a survey both this year and last, 57% reported higher revenue in 2021.

The sourcebook sections represent one or more of the main markets as defined on the ENR’s Top 100/400/500 survey. They include General Building, Transportation, Petroleum, Power, Sewer and Waste, Hazardous Waste, Industrial Process, Manufacturing, Telecommunications and Water Supply. All lists are ranked based on revenue reported.