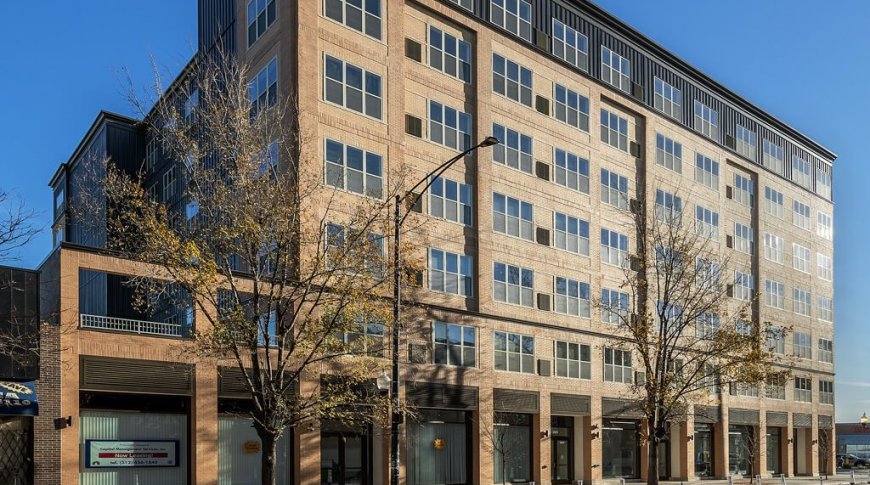 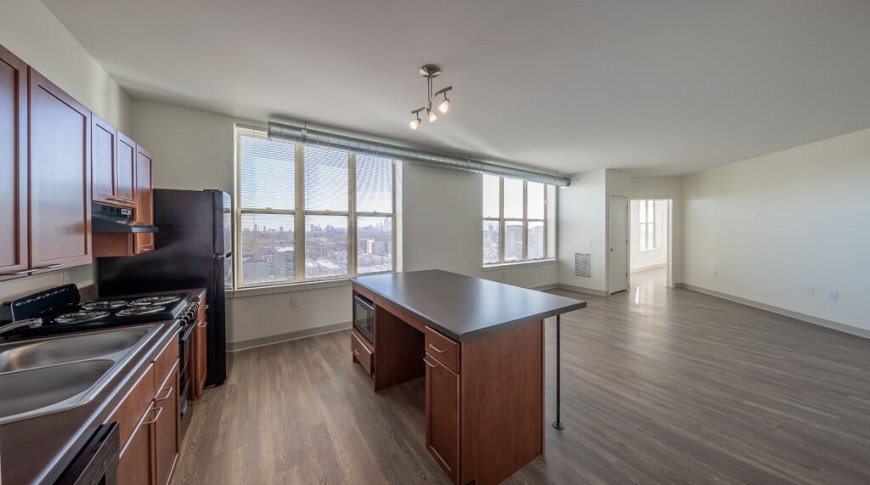 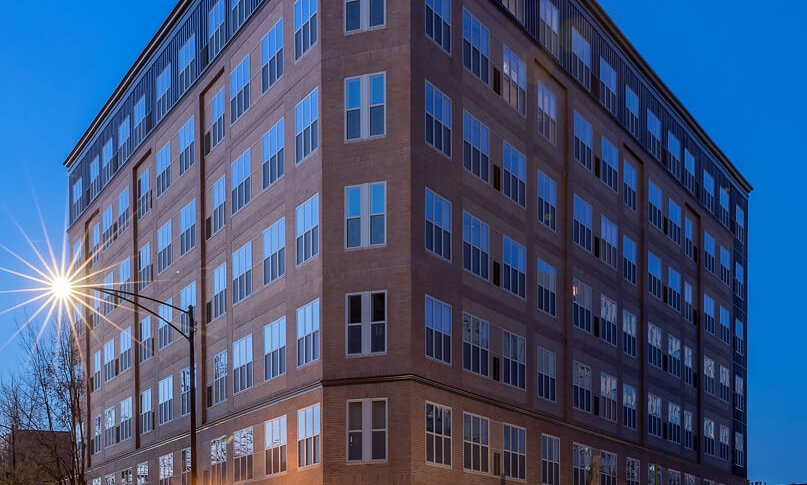 The John Pennycuff Memorial Apartments project is a 7-story affordable housing multifamily tower. The project’s roots are planted in a corridor near Logan Square of Chicago, IL where gentrification picked up speed and gradually started pushing out low income families, and the Metropolitan Housing Development Corporation, the not-for-profit developer of affordable housing, saw the need for affordable housing in a vibrant and much sought-after city neighborhood. The building, while open to all, is especially welcoming to the LGBTQ community, and its namesake is for the late LGBTQ and civil rights activist, John Pennycuff. With the extensive need for affordable housing in the Chicago Metropolitan area, the Alston Construction team was excited to be a part of this impactful project and knew the final product would have to be flawless for both the city and the developer.

With the project’s location in the middle of a busy neighborhood, there were multiple obstacles the Alston Construction team had to strategize and mitigate before the project broke ground. The building’s footprint was approximately 10,000 square feet on an irregular shaped, zero lot line project site. First, overhead power lines ran less than 10 feet away from the new exterior wall, so the Alston team worked with the local utility company to take the best course of action. Because the power lines were redundant, the team was able to temporarily remove the lines without impact to local businesses. This was a huge encumbrance that allowed the Alston Construction team to proceed without impact to the logistics plan or schedule to hoist panels and materials to floors above the power lines.

The site required some demolition of an existing building on site but it was determined that the building to the west was approximately 18 inches onto the Pennycuff Memorial Apartments site. The steel that supports the encroaching building was designed to support the entire length of the project to the westernmost property line. As soon as the Alston team discovered this obstacle, we quickly communicated this with the owner and architect of the other project and were able to help coordinate and modify the building caissons, grade beams and steel where applicable to account for 18” less space. Further demolition of the building to the west wasn’t possible without compromising that structure’s roof.

The project sat on a trapezoid-shaped site, and with the irregular-shaped footprint, the steel design created a problem. Most steel sizes worked; however, with the weird angles of the site, some steel connections proved to be difficult to install. For example, with the tight corners, there were limits to getting a hand or a tool like a nut-driver for installation. Even though Alston Construction was the general contractor for this project, we were able to use our extensive design-build experience to collaborate with the architect and engineering team with options to stay on budget and optimize the steel design.

The project is developed by the Metropolitan Housing Development Corporation in partnership with the City of Chicago Housing Authority (CHA). The Alston team coordinated with the owner, architect and CHA to ensure their requirements were implemented. One specific requirement was we needed to hire a specific percentage of Disadvantaged, Minority, and Women Business Enterprises. Since this project and the entire industry was impacted by the COVID-19 pandemic, our team faced certain financial and schedule challenges with our subcontractors. With the help of our SPERS qualification process and transparency with our trade partners, the Alston team successfully maneuvered and built this project on time and on budget.

With hundreds of subcontractors on site and on different stories, safety can present challenges, specifically with installation of the exterior and skin and tying off to the building. To alleviate and eliminate any hazards associated with the exterior, our team worked with our trade partners to install the skin panels inside the building and push them out versus installing from the outside. We installed the exterior quickly, so we could eliminate tying off sooner rather than later. The building’s façade is brick, and our team used a new system for brick installation called TABS II. TABS Wall Systems combines adhesive and mechanical support for a brick-like veneer instead of using actual masonry. The first story of the building is full size modular brick and floors two through seven are the TABS system. With this system, we were able to install quickly and efficiently and eliminating a longer time outside of the building tied off. Not only is this a safer and quicker installation, it’s more cost-effective and lighter for foundation systems.

It was important for the Alston team to understand the Metropolitan Housing Development Corporation and CHA’s affordable housing goals for the future. Working with them as a partner and knowing their key drivers, we applied our attention to detail to impact the community for years to come.